Loren has been a practicing ceramic artist and teacher since the 90’s and has achieved recognition for her work internationally.  She was born in South Africa and moved to Canada in 2013 to be with her family.

Her obsession with making vessels began with a debilitating depression and she took to the tactile and therapeutic qualities of clay from the start. For her, making vessels is all about making space….about making space for potential, because if there isn’t that defined space then there isn’t room for something to be held. If there isn’t a border, there isn’t a limit, there isn’t something to fill.  Central to the existence of vessels are the notions of emptiness and fullness, for what is a vessel if not a form that contains something or nothing. Her experience with depression has taught her to embrace the idea of emptiness, as in emptiness there is potential. This riddle is something that she contemplates constantly while creating her bold and sensual forms.

Patterning is a core aspect of her work and through it, her objects subtly resonate with the global connectivity of ancient cultures and religions.

Her diverse range of work include one-off sculptural pieces, homeware ranges, porcelain lighting and ceramic bells. She has always tried to look at the making and use of ceramics outside the traditional way.  Her interest is in the sensual, bodily qualities of the forms, and what they feel like against your skin and fingers. And in her work, the evidence of the silence, the meditation, the quiet contemplation and the pace of creating are all felt and seen. Her work demands to be touched and held.

She has exhibited often and her work has been sold through galleries in Canada, South Africa and the US.

Teaching is a central part of her practice.  It balances the alone time of making her own work bringing different perspectives and challenges. She teaches mostly in groups working one on one with each student, helping them to individually achieve what they dream and want in clay.

“The whole purpose of a vessel is that it be filled. But it is in the making of vessels, rather than filling them, that is life’s greatest challenge, and its’ most revolutionary achievement.” Chassidus 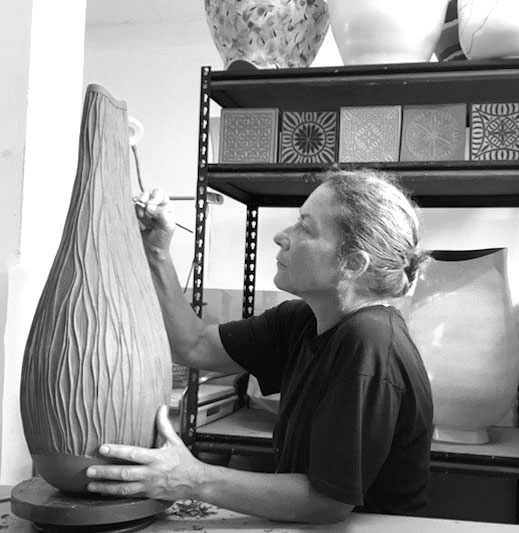 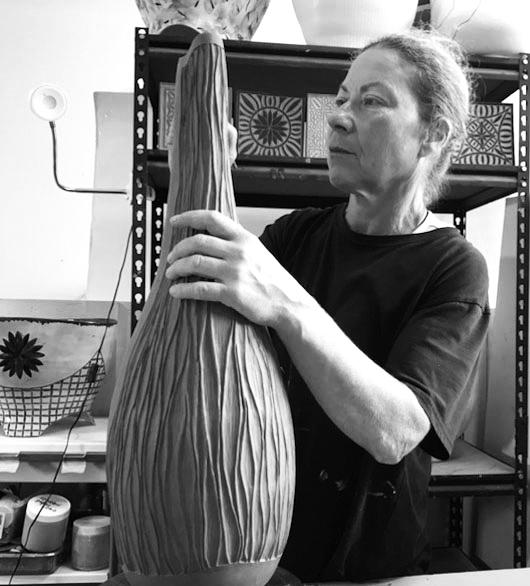